Brazil Peppers are one of the best in the world and has a wide variety of Peppers still unknown to the Western World. Brazilian Peppers cover all levels of the Scoville Heat Unit Index and every importer of Hot Sauce company can find a Pepper that meets their product and manufacturing needs.

Brazil grows and consumes a wide variety of Peppers on a daily basis. Unfortunately, majority of Brazil Peppers are consumed domestically with a small percentage exported to international buyers.

Brazilian Peppers are grown and produced by a large quantity of Small Farmers and producers in the North and Central States of Brazil.

The Main Types of Peppers you will find in Brazil are the following: 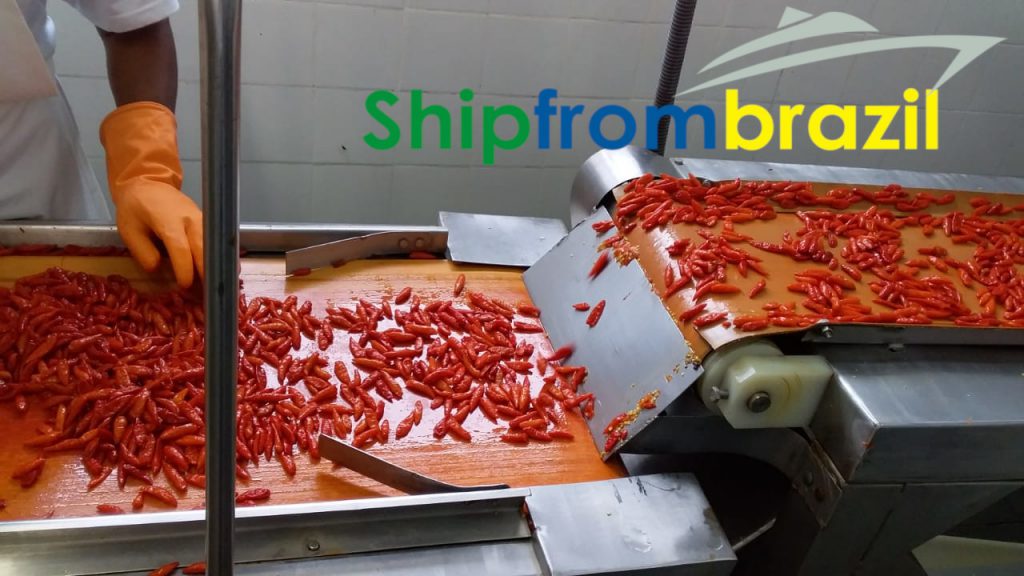 The Malagueta Pepper  is one of the most widely used hot peppers in Brazil and fast becoming known as the best of Brazil peppers.

It is a small, tapered, green pepper that turns red and 2 inches in length at maturity. It is a hot pepper, with a range of 60,000 to 100,000 Scoville units and can be compared to the Tabasco Pepper.

This pepper is used to season many regional dishes in Brazil and is used in sauces. In Portugal, the term “malagueta” is used to describe a wide range of hot peppers. 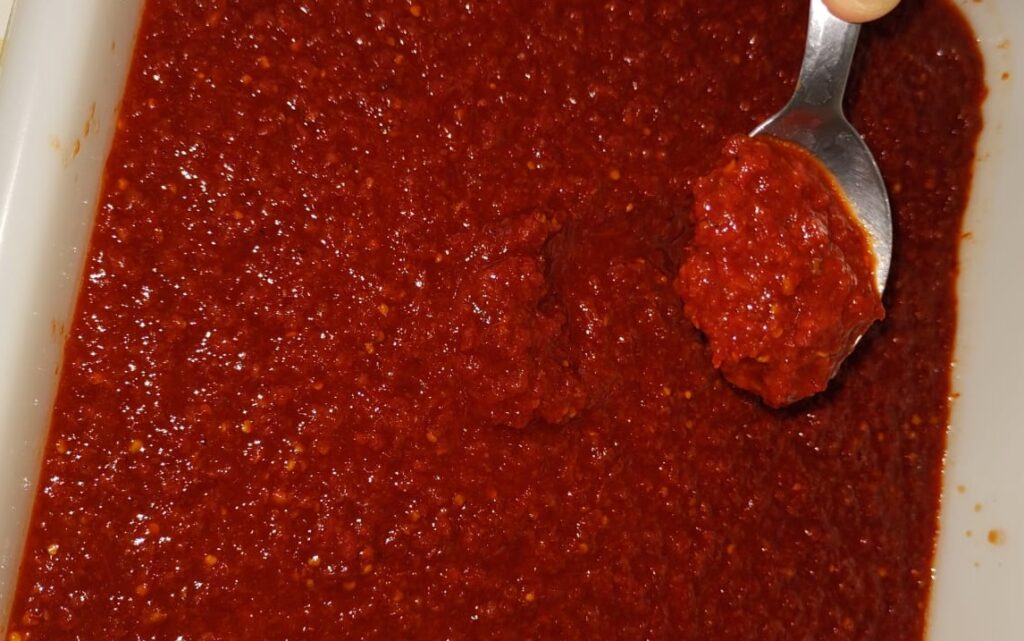 The Carolina Pepper was created by “Smokin” Ed Currie Ed Currie at his greenhouse in Rock Hill, South Carolina and in 2017 entered into the official Guinness World Record heat level with 1,641,183 Scoville Heat Units (SHU) in 2017. The Carolina Reaper is a smaller pod, ranging from 1 to 2 inches wide (2.5 – 5 cm) and 2 to 3 inches (5 – 7.6 cm) long. The pods mature to a vibrant
red color. The skin tends to sport a bumpy texture, though some can have a smoother texture.

Carolina Reaper Peppers are processed and packaged in the following way 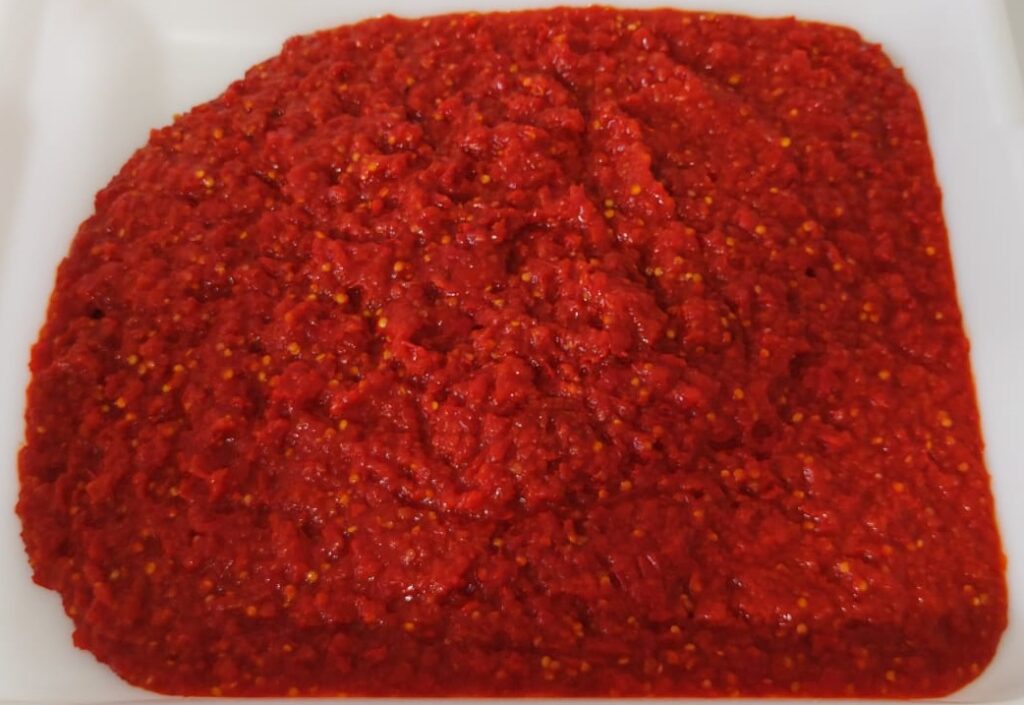 The Red Habanero Pepper is considered the hottest pepper in the Brazilian Market.

The Habanero hot pepper group is not well known in Brazil, despite its origin in the Amazon. Nevertheless, domestic and international markets have been increasing the demand for this type of hot pepper

Habanero Peppers are processed and packaged in the following way 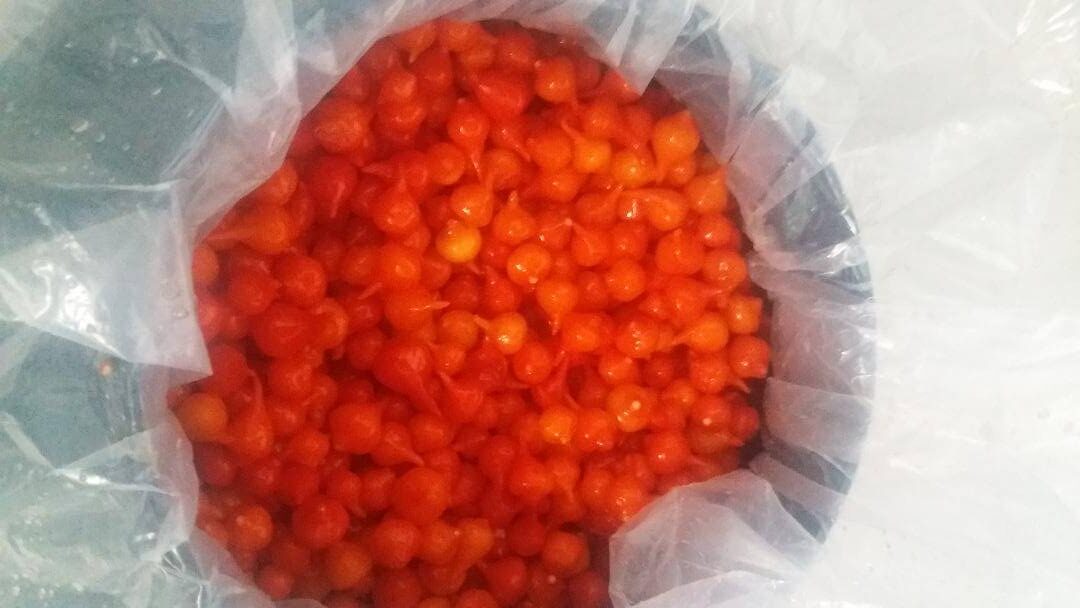 Hailing from the Brazilian state of Minas Gerais, Pimenta Biquinho peppers are round and little with a distinctive, tapered point or tail that resembles a birds beak.

They can be either a brilliant scarlet-red or sunshine-yellow. it also makes a beautiful ornamental plant.

The most common way that Biquinho peppers are eaten in Brazil is when they’ve been pickled in a vinegar solution and served as a garnish or as an appetizer with drinks. 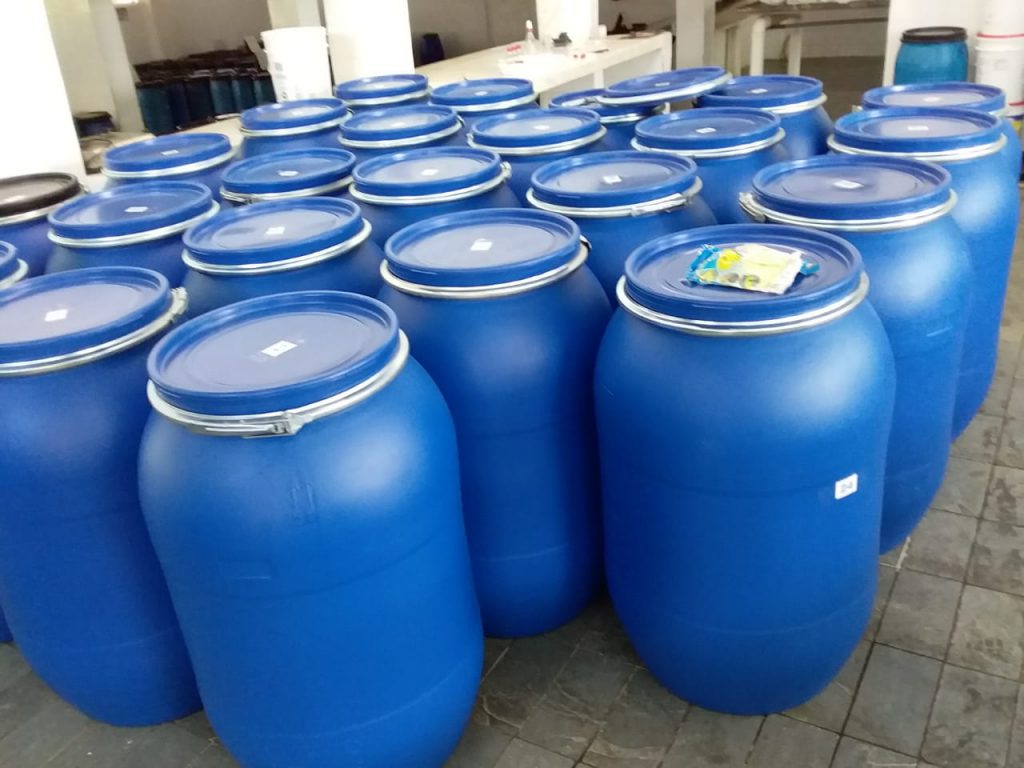 We are focused on providing Malagueta and other Brazilian peppers on a bulk quantity for distributors, manufacturers or importers seeking quality malagueta peppers. The Peppers are loaded in 200 Liter Sanitized Barrels with a capacity of 100kg of  Peppers and 80 Liters of Vinegar for conservation. Once loaded with Pepper and vinegar, the Barrels are sealed for shipment.