The Ghost Peppers or also known as Bhut Jolokia is an intense heat hybrid pepper. The Ghost Pepper has received a lot of publicity over the years after ranked the Hottest Pepper in the world, but was dethroned by the Carolina Reaper Pepper and other hybid peppers.

These Peppers are originally from India but has spread across the world and is grown and consumed in many markets today. The Ripe Pepper are normally 2.5 to 3.3 inches long at maturity and usually Red. The Ghost Pepper is a member of the Capsicum Chinense group which includes notable names such as the Habanero, Scotch Bonnet and Red Savina Peppers.

The Bhut Jolokia Pepper was nicknamed the “Ghost Pepper” because the heat sneaks up on you like a ghost. Consumers do not feel the heat for up to 30 seconds and only intensifies after that. With a Intense, Fruit and Sweet Flavor, and its still a favorite among hot pepper lovers worldwide.

In recent years, the Ghost Pepper has dropped in ranking as one of the hottest peppers on the planet but its heat is still very high on the Scoville Heat Unit (SHU). With an heat index over a million SHU, the Ghost Pepper is 2 times less hotter than the Carolina Reaper Pepper. 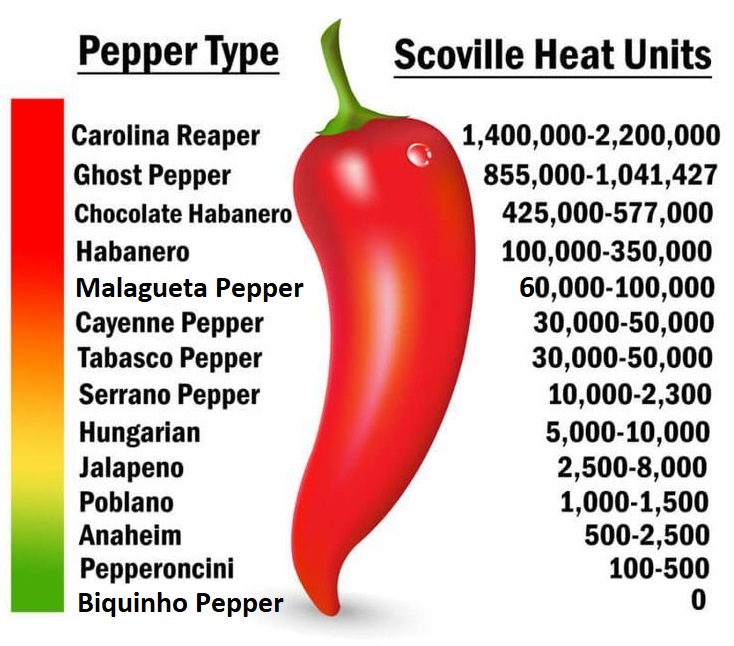 Once a buyer places their order, the Peppers are harvested and immediately placed in a dehydration machine which takes about a week to dehydrate the Peppers .The Dehydrated Ghost Peppers still retain its natural qualities, heat and nutrients.

The Dehydrated Pepper are a great product for Importers, Brands, and Food Producers looking to import Bulk Hot Peppers that can be stored for up to 2 years and used when needed.

The Ghost Pepper powder is the most common form of Pepper found on the market for consumer use. The Peppers are dried using a Thermal Heat Machine and grounded to a fine powder. Our Ghost Pepper Powder is 100 Percent Pure. It takes about 10 to 15 kg of Ghost Peppers Peppers to produce 1kg of the Pure Powder.

At Shipfrombrazil.com, our specialty is the exportation of the highest quality Brazilian Peppers. We ensure the Peppers are produced to your specification and needs.

Shipfrombrazil.com is a registered Trading, Import and Exporting Company in Brazil with CNPJ: 11.343.847/0001-95 and located in Rio de Janeiro, Brazil. We specialize in assisting International Buyers seeking to import products from Brazil at competitive pricing and logistics assistance. Our Team is experienced in finding the right product that fits your needs, provide all exportation registration services in Brazil, Internal Logistical and customs clearance. For US Buyers, we also offer Importation and Delivery services in all 50 States.If you are looking for a product we do not offer, we offer Specialized Sourcing and Procurement Services for all goods produced in Brazil.

We Guarantee our Buyers will be satisfied with our products

Our Staff are fluent in Brazilian Portuguese and English

Ocean and Air Freight to all Safe Global Destinations

We provide all Custom Clearance in Brazil

If you Ready to Start Importing Products from Brazil